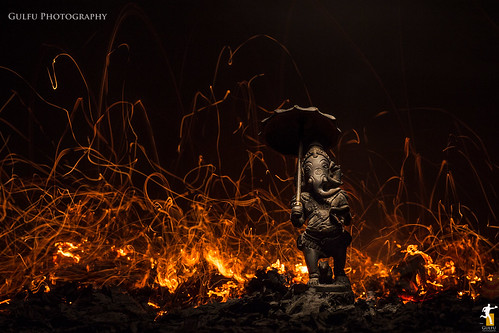 I took my first Myers-Briggs personality test in college for a class on leadership and management. The test is supposed to determine what your psychological preferences are: whether you are introverted or extroverted, whether you follow your hunches or prefer to look at details and facts, or make decisions based on logic and reason or based on emotions and consideration of the feelings of others.

I found my personality type, INTJ, to be fairly accurate, and I found the test to be useful in helping me communicate and get along with others. For example, my company has all employees take the test, and then they publish the results. Once I know someone prefers details over big ideas when talking about a project, I can start with evidence and details first and then show how those play into a big idea. Or if someone is more “feeling” oriented, I focus on talking about client relationships rather than the work.

However, there is a downside to the test (at least in my experience): I find myself self-stereotyping. For example, the test tells me that I prefer big ideas over details. This is true, but I now find myself ignoring details, even when they are important, because I’m just not the “detail-oriented type.”

Another example: I am definitely an introvert. No question about it. Except, I often use this knowledge about my personality to avoid social engagements that I would probably enjoy and benefit from.

This small bit of knowledge about my personality, while useful in some cases, can also have some harmful side effects.

Introducing Moksha: Understanding the True Self

Hindus believe in the concept of Brahman, which is the “unchanging reality amidst and beyond the world.”

But the concept hints that much of what we experience while we are alive, isn’t “real,” or rather, we misunderstand the nature of our experiences.

Perhaps then, what I am experiencing through the lens of my personality type, is a misunderstanding.

But if a simple personality test can give me some useful insights and tools for interacting with others, what can a religion that has survived thousands of years tell me about my true self, and how would that impact the way I interact with the world?

I hope to find out.

I suspect that when you think of yoga, the first that comes into mind is the form of exercise pursued by hip, young urbanite women.

While this is one form yoga, the term can refer to any sort of disciplined pursuit of Moksha. Hatha Yoga (the Yoga exercise we are most familiar with), is a way to physically prepare the body for this pursuit.

However, there are other forms of Yoga that are equally valid for pursuing Moksha, or understanding of the true self.

Karma Yoga, or the Yoga of Action, involves selfless action to serve others. This yoga says that by fulfilling our duty in whatever role we are placed in, we can make progress towards Moksha.

Jnana Yoga is the Yoga of Knowledge, or intellectual pursuit of Moksha. It combines activities like meditation with the study of philosophical and religious texts.

Bhakti Yoga is the Yoga of Devotion. This devotional path to attaining Moksha involves surrender to God, usually through deity worship. Activities may include building and praying to a shrine at home, taking part in temple worship, etc.

These are not the only yoga paths that can help the individual attain Moksha, but they are three of the most important ones.

However, after reviewing the three yogas I mentioned above, I decided to do something for each yoga.

For Karma Yoga, I will attempt to bring an attitude of selfless action to my work. I know this will be difficult, and I haven’t worked out exactly how I can do this, but I’ll make a good-faith effort to embrace this attitude.

For Jnana Yoga, I plan on studying two major Hindu texts, the Upanishads and the Bhagavad Gita. The Upanishads is a collection of spiritual and philosophical commentary and stories that compose the foundations of Hinduism. The Gita is a Hindu epic that tells the story of a young warrior named Arjuna who must go to war with his relatives. The story is a dialogue between Arjuna and the god Krishna, who provides counsel as Arjuna undergoes a spiritual crisis. The three yogas actually come from this story.

For Bhakti Yoga, I will set up a home shrine and offer a morning prayer to a god of my choosing. From my initial research, a formal ritual looks quite complicated, so I may simplify it for my purposes.

I may also throw in a few Hatha Yoga classes for good measure, as it is possible the key to attaining understanding lies in yoga pants and uncomfortable stretching positions.

What I hope to gain

While I doubt that I can attain Moksha in 30-days (though that would be pretty awesome), I want to see how my perception of the self changes by performing these yogas. I’m fascinated by this concept of the “true self” because we spend a lot of time obsessing over things like personality tests. We try to use the results of these personality tests to inform decisions in various aspects of our lives (career is a major one), but I think personality tests can only get us so far.

What would happen if we dive deeper than introversion vs. extroversion, or idea-centric vs. detail-centric? What if we felt that, instead of being a unique individual that is separate from others, we have a deep connection to them and a sense of solidarity? Would it cure my cynicism? Would I feel more calm, more at peace with the way things are?